The Rotary Club of San Pedro East started the Rotary Year 2012-2013 by visiting its adapted community- Mary Mother of Mercy, Home for the Elderly and the Abandoned shortly known as The Home on July  01, 2012.

RCSPE together with its sponsored Rotaract Club, the Rotaract Club of San Pedro East (RACSPE) donated toiletries and other personal hygiene items to the residents of the institution.

The MMMHEA has a mission of ?service to the sickly, rejected, forgotten and abandoned elderly members of the society.? It envisions ?a community that nurtures and nourishes the body and soul of one another (both those who served and those being served), forming a group of God?s people who help each other attain eternal life.?

Bautista, De Pablo and the seven ward members moved into the house in 1998.

Later, the management was relinquished to a lay person, Lily Almendrala, in 1998 up to 2000, who, with a co-worker, cared for the increasing number of ward members. That time, the Home started to admit female wards.

In 2000, a chapel, connected to the Home by a ramp, was built. The Adoration Convent of Divine Mercy or the Pink Sisters of Tagaytay donated its old tabernacle to the new chapel.

In the same year, sisters from the Servants of Mary took over the management. By 2002, four sisters from Burma (Myanmar) of the Missionary Sisters of St. Francis Xavier headed by Sister Imelda then Sister Filomena came.

At present, three nuns from the group communicate their love, care and understanding to the old, cranky, unreasonable and sometimes ungrateful residents. They have established a healthy relationship between caregivers who are now doing on-the-job training with the old ward patients.

For the foundation, caring for the sick, the elderly and the abandoned consists not only of housing, feeding and clothing the less privileged but also helping them to understand and accept the mercy of God amid their affliction and to entrust their twilight years and very death to the same merciful God.

In this, the support of religious communities and of many priests in the parishes in nearby San Pedro has not been wanting.

One reply on “RCSPE Kicks Off with The Home” 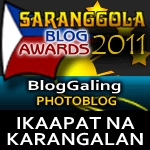 as of Press time